The two-man machining shop Stamac started out as, has grown into a custom machine shop employing over 60 people. Our core business is to work as a subcontracting machine shop, supplying our clients with e.g. powerdrive parts as well as parts for machinery and equipment.
Konepaja Stamac Oy was founded in 1997 when CEO Pekka Anttila decided to fulfill his boyhood dream and ambition by starting a business with his then-colleague, current partner Timo Yli-Opas.
– In the beginning, there was nothing but just the two of us with two machines. Timo took care of lathing (Turning) and I was responsible for milling, he recollects.
During the first year, the two men hired two new employees. After an acquisition in 2001 and a subsequent move from Kurikka to Seinäjoki, the employee count rose to 14. Growth remained steady until 2008, when the staff number settled at 50.
Twenty years later, as the founders reflect back, they feel that courage to make investments and some large clients it brought to Stamac, were the key factors behind the company’s strong start.

– Right from the beginning, we invested in efficient and modern machinery, which the clients took interest in. After globalization accelerated the competition during the beginning of the 2000s, we understood the importance of automatization. We acquired our first robot as early as in 2006, says Production Manager Yli-Opas.

– We strive to listen to the client and react quickly, and we always take care to ensure that the client gets what they need within the agreed schedules. Internationally competitive machining can very well be done in Finland, as long as we make investments in the technology required for a modern subcontracting machine shop, Anttila states.

According to Yli-Opas, the current overall feel in the industry is positive. There is more export, and the order backlog has increased. New recruitments are made 2 to 4 times a year, and the machinery is well maintained and calibrated regularly.

Our focus is on machining by chip removal, turning and milling by using modern machining centers. We develop our production methods proactively and construct any necessary attachment and supporting equipment ourselves.
We operate in three halls with a total of 6000 m2 of production space.

We do not promote unnecessary hierarchy here at Stamac. Anttila and Yli-Opas are happy to spend their time doing practical work at the shop. It is nice to spend time where the action happens and talk to employees instead of just sitting in the office, Anttila reflects.

The owners are aware that when working conditions are good, it shows in job satisfaction, which in turn translates into productivity. Healthy and happy staff are also efficient, and quite often the best ideas for developing the production come from the employees. Mutual interaction is valuable.
We are continuously hiring CNC machinists to meet the constantly increasing demand.

Our investments in machinery and employee satisfaction have allowed us to succeed in the global markets as well. One of our largest clients awarded Stamac for reliability of delivery in 2015 and again in year 2019. 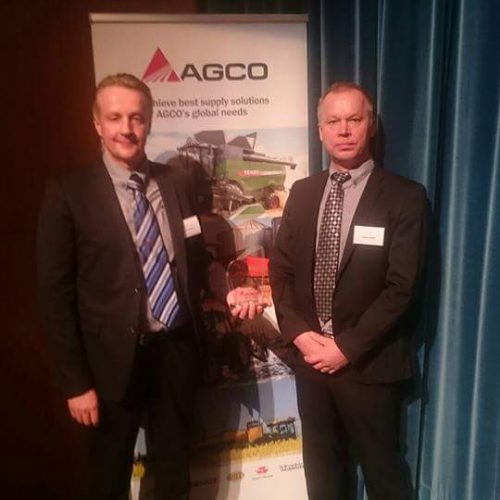 This website uses cookies to improve your experience while you navigate through the website. Out of these, the cookies that are categorized as necessary are stored on your browser as they are essential for the working of basic functionalities of the website. We also use third-party cookies that help us analyze and understand how you use this website. These cookies will be stored in your browser only with your consent. You also have the option to opt-out of these cookies. But opting out of some of these cookies may affect your browsing experience.
Advertising
Analytics
Necessary
SAVE & ACCEPT
Ota yhteyttä